How to get to Santorini by plane or ferry from Athens or Crete? Travel time, prices 2023, when is the best time to go? And also – what to see in Santorini for a traveler?

Santorini or Thira is a Greek island in the southern Aegean, north of Crete and about 200 km from the country’s continental coast. It is the largest in the archipelago of the same name. It was formed as a result of a volcanic eruption in the era of the Minoan civilization, that is, approximately 3.5 thousand years ago.

There is an assumption that the Minoan eruption caused the death of a highly developed civilization on the island of Crete. Some authors also suggest that this natural disaster gave birth to the legend of Atlantis.

Why is everyone so eager to get to Santorini? As from Athens, so even from outside Greece? That is, why is this island so popular among tourists? The answer is simple and lies in its uniqueness, as well as truly scenic views.

The Santorini archipelago is an island of land along the edge of a giant caldera. The walls of the caldera rise above the sea to a height of up to 300 meters, and its central part is occupied by a vast lagoon with only two exits to the open sea.

Santorini is small and covers an area of ​​73 km2. Together with Therazia, it is the only one inhabited in the archipelago. About 15.5 thousand people live here. The island owes its name to the Venetians, who named it after Saint Irene. The capital of the island is Fira, the main port is Athinios. 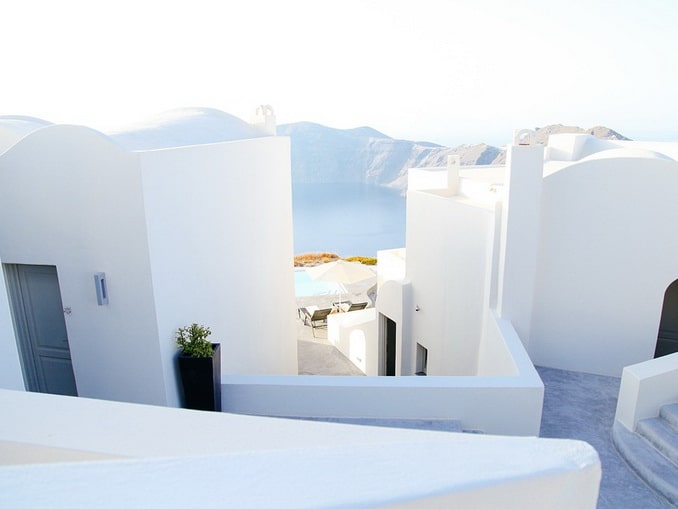 How to Reach Santorini

There are two main ways: by plane or by ferry. Moreover, both from the continental part of Greece and from Crete.

About 8-9 flights fly between the capital of Greece and Thira per day. What allows you to go to Santorini literally suddenly.

Also, Santorini can be got by ships that sail from the port of Piraeus. They depart daily, but once a day, sailing takes place around 7 am

The Blue Star Ferry takes approximately 8 hours to reach the island. And along the way they stop at Paros and Naxos. The ships arrive at the port of Athinios in Santorini at approximately 2.30 pm. From where there are regular buses to Thira.

High-speed ferries SeaJet from Piraeus are on the road for about 5 hours. But tickets for them are about 2 times more expensive. 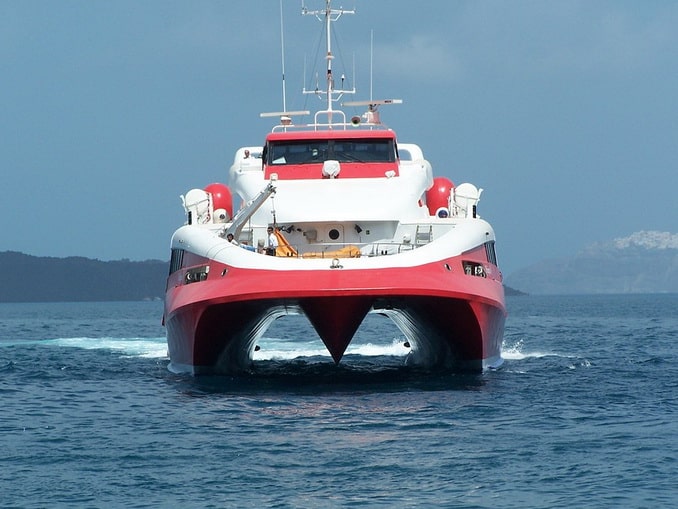 You can visit Santorini by going from another extremely interesting island of Greece, Crete. The Hellenic Seaways Flying Cat catamaran reaches Athinios from Heraklion in just 1’45.

Five times a week, and only in summer, the Sea Jets catamaran ferry runs from Heraklion to Thira. And he takes on board not only passengers, but also cars

Ferry ANEK Lines runs from Sitia to Santorini, which sails for about 7 hours.

The volcano that gave birth to the Santorini archipelago is dormant today. The last major earthquake dates back to 1956 – it led to the destruction of several buildings, injuries and the evacuation of residents.

Santorini is one of the most picturesque islands not only in Greece, but also in the world. White buildings nestled on high cliffs, a huge turquoise lagoon and an excellent climate with minimum rainfall and maximum sunshine have made this place one of the most popular tourist destinations in Greece.

There is no industry here. And the quarries in which pumice was mined were closed decades ago so as not to destroy the environment.

The settlement of Akrotiri, a unique monument of the ancient Minoan civilization, which, like Pompeii, died during the massive eruption of the volcano Thera, is the main thing to visit in Santorini.

Pay attention to the Venetian castle Goulas in the village of Emporio near Thira. And visit the incredibly photogenic old windmills.

There are no rivers or other bodies of water on the island, so the only moisture of natural origin is rain. Despite this, vegetable growing, as well as viticulture and winemaking are developed on the island.

Local wines are so good that “Vinsanto” and “Santorini” are protected by the region of production. It is believed that the volcanic composition of the soil gives them a special taste. As well as unique climatic conditions and air rich in iodine. 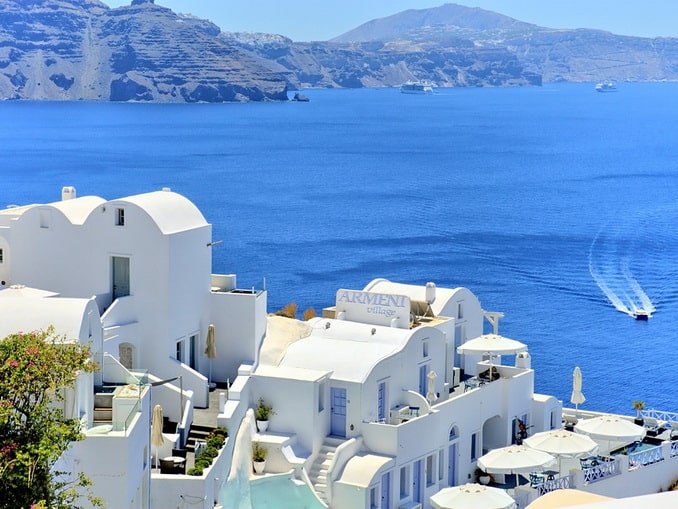 Best Time to Go to Santorini

The weather on the islands is extremely mild. In the summer months, it pampers tourists with warmth and cloudless skies. Hot days happen, but temperatures above +40 °C are rare.

In the period from April to October, rains in the archipelago are rare. And the peak of the rainy season falls on November and the winter months.

The air temperature in winter rarely drops below +8-10. And even in December you can sometimes walk here without a jacket. The sea near the coast in the season warms up to +25 °C, and in winter it does not cool below +15 °C.