The Jungfrau is one of the most photogenic mountains in Switzerland. In addition, it belongs to those few mountains, that today even an unprepared tourist can climb. Not on foot, with the help of a cable car!

The Jungfrau is located on the border between the cantons of Bern and Valais in Switzerland. It has a height of 4,158 meters and is considered one of the symbols of the Bernese Oberland, a real mountainous country on the border with Italy.

The Jungfrau means “virgin” in Swiss. It got its name at the behest of the nuns of the monastery in the town of Interlaken. Apparently not suggesting that this height could be conquered.

The first recorded ascent of the Jungfrau took place on 3 August 1811. Then the Meier brothers, the sons of a wealthy entrepreneur from Aarau, reached the summit after a long expedition through the passes. Naturally, in the company of servants and porters.

In 1865, a more direct climbing route was opened from the northern sides. And already in 1874 (January 23) the first winter ascent of the Jungfrau took place. This was done by an American couple of climbers, accompanied by a couple of local residents. 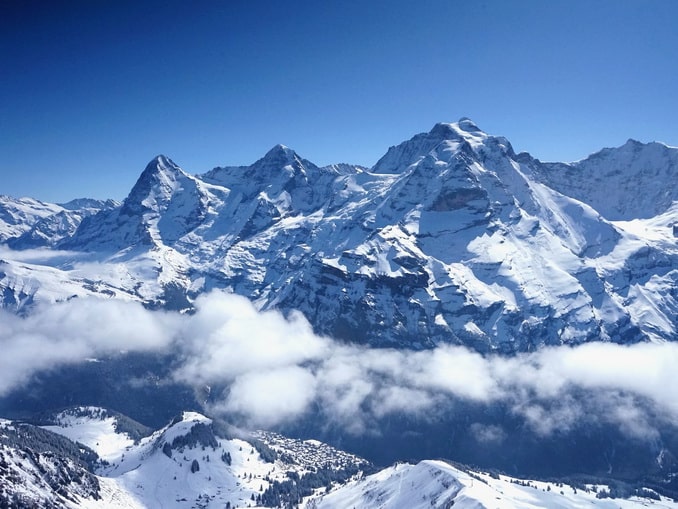 It is interesting that two neighboring peaks: Mönch (“Monk”) and Aiger (“Ogre” – a giant devouring people) also have quite speaking names. And all this trinity is one of the most popular tourist destinations in Switzerland.

As part of the Jungfrau-Aletsch-Bietschhorn region, UNESCO in 2001 included the mountain on the World Heritage List.

It is remarkable that the Aletsch glacier is the largest in the Alps and Europe. It is located at a sky-high height of 3.8 km and has a length of 23 kilometers.

How to Climb Today

The starting point of the route to the Jungfrau is the town of Interlaken, which can be reached, for example, from Basel. From Interlaken, novice climbers and just curious tourists travel by rail to Lauterbrunen or Grindlewald. Where they change to the train to the village of Kleine Scheidegg.

From here to the Jungfraujoch pass is not long to go – 2 hours. 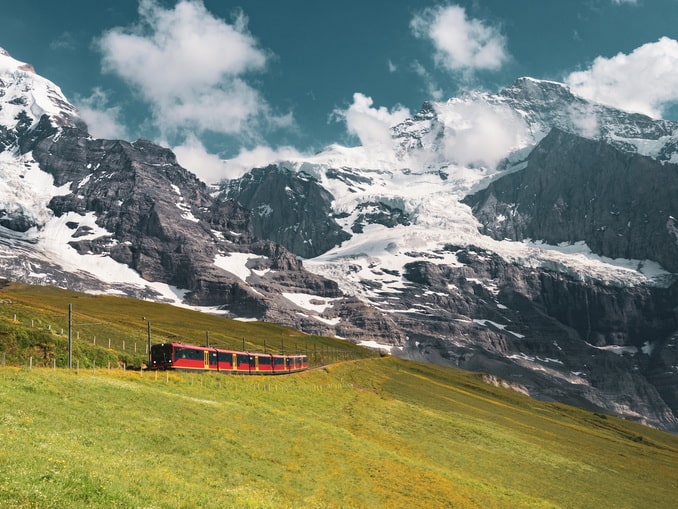 The lift to the Jugfrau is open all year round. There are also restaurants upstairs serving traditional Swiss dishes. Particularly fondue. Official website: www.jungfrau.ch/en-gb/.

On the pass connecting the Jungfrau and Mönch, the so-called Jungfraujoch, at an altitude of 3,454 meters, in 1912 the highest railway station in Europe was opened. Travelers arriving here by train from the village of Kleine Scheidegg will enjoy breathtakingly beautiful views of the Bernese Alps and the Aletsch Glacier. They say that on a clear day it will be possible to see even the German Black Forest, located much, much further north.

Those wishing to take a high-speed elevator go on a trip to the observation deck near the Sphinx mountain observatory (3,571 meters). It offers incredible views of the surroundings. And, in particular, to the white river of the “flowing” right under the feet of Alech. 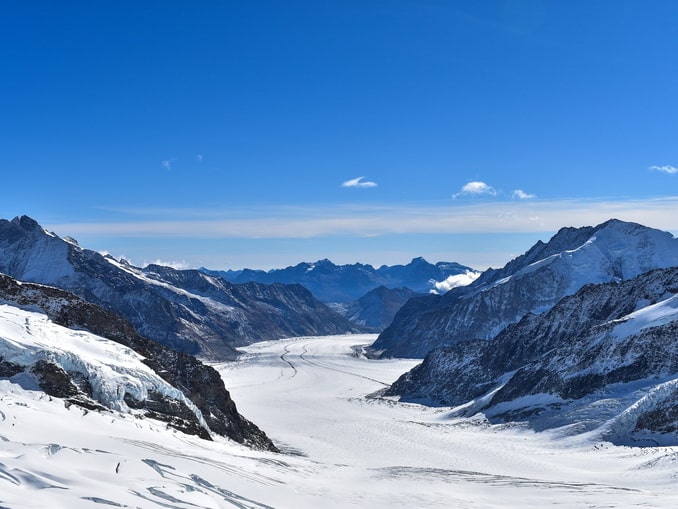