Mount Etna in Sicily: where is it located and why is it so popular? When was the last eruption, is it possible to climb on your own, how to get there? How much do organized excursions to Etna cost, interesting places nearby.

Etna is the highest active volcano in Europe. It is located on the island of Sicily in Italy, on its eastern coast. The distance from the city of Catania to the southern slope of Etna does not exceed 35 km. And that’s why organized excursions to this mountain usually start from Catania.

The height of Etna is approximately 3,329 m, anyone can climb it. Although this activity cannot be called safe – the Sicilian stratovolcano has a capricious disposition and does not want to fall asleep in any way. Although in most cases, tourists do not observe smoke and sparks, but frozen lava and snow.

Visits to the very top of Etna are directly encouraged. Especially if you are not a climber and intend to use a funicular (lifts to a height of 2,550 m), and then also an SUV. 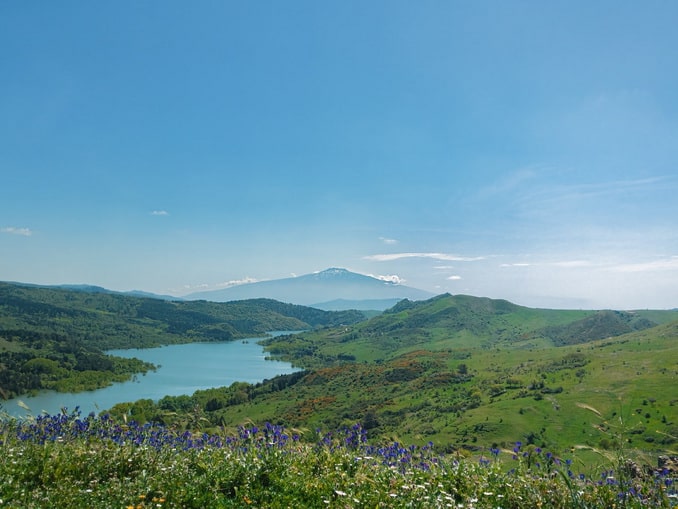 Reviews of people who have climbed Mount Etna, however, are contradictory.

Some say that the volcano looks better from the outside and is much more photogenic. Others are glad that they were able to overcome their natural fear and looked at Sicily from a height of three kilometers.

One way or another, but to climb Mount Etna, even in the summer, it is worth stocking up on warm clothes and comfortable shoes. The latter is especially useful if you ignore the jeep and go upstairs on your own.

By the way, climbing is actually practiced annually. But, of course, to climb Mount Etna, it is better to come to Sicily in May. Or, for example, in October – in the summer heat, hiking is excessively heavy physically.

To visit Sicily and not climb Mount Etna is like not visiting St. Peter’s Square in Rome. However, on the slopes of the extreme, there is a lot more: volcanic eruptions have long become the norm. And for this reason, at any time here you can meet people hoping to become witnesses (but, of course, not victims) of another lava outburst.

A number of cautious tourists are limited to looking from afar. For example, from the cozy resort of Taormina or other Sicilian towns. It is very pleasant to watch the snow-covered cone while drinking local wine made from grapes grown on volcanic soil on the terrace! 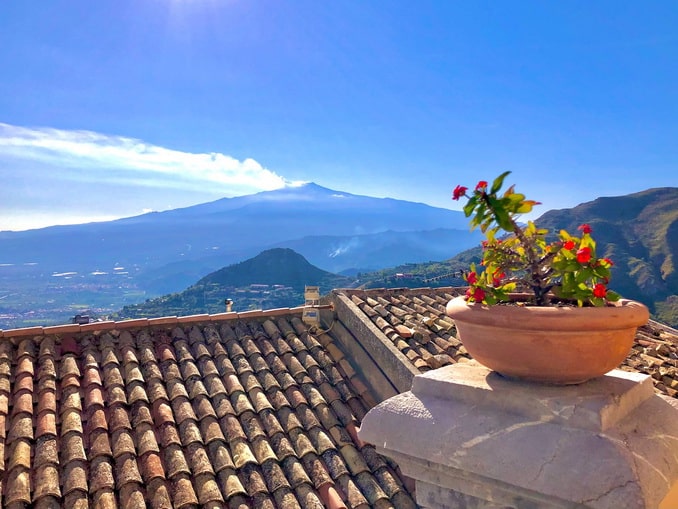 There is a risk when climbing – Etna spits lava often and unexpectedly. Villages on the slopes and at the foot of the mountain literally live like on a volcano.

The sad experience of Pompeii, Herculaneum and Stabia, who once died as a result of the eruption of Vesuvius, is perceived here as something real, and not just as chapters from a book describing universal catastrophes.

The last strong eruption of Etna dates back to December 2018. Moreover, it caused an earthquake of up to 5 points and serious destruction even in Catania. Not to mention the nearby towns.

Tourists also died while climbing Mount Etna due to suddenly opened cracks in the body of the volcano. And to this day, he constantly smokes like a smoker, unable to part with an addiction.

If you want to climb Mount Etna yourself from the south, then first you need to arrive at the Rifugio Giovanni Sapienza base camp. It is located at an altitude of 1,900 meters on the southern slope of the mountain – rifugiosapienza.com.

You can do this with the help of a regular bus departing from the city of Catania 1 time a day at 8.15 am from Piazza Papa Giovanni XXIII. The return flight leaves at 16.30.

Arriving at the place, you can rent a vehicle, or use the services of a cable car that will take you to a height of about 2.5 km. Some prefer to climb on foot – this will require skill and some experience.

In Taormina and Catania, many companies offer organized bus tours with an ascent to Etna. And not only on the southern, but also on the northern slope. 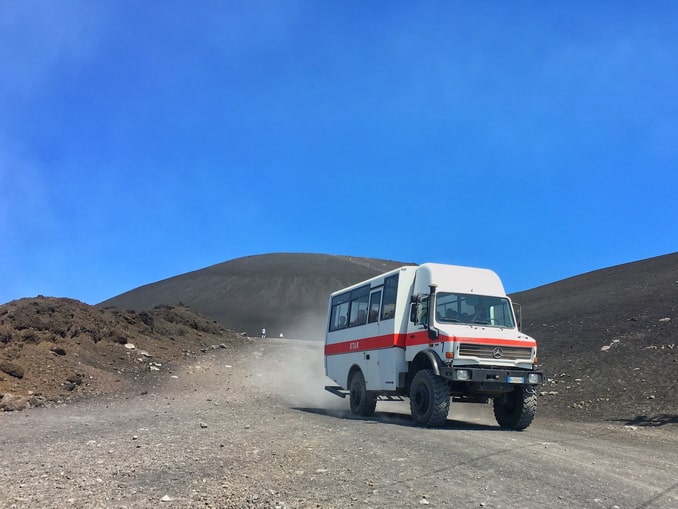 What to See Nearby

Skiing is located closer to the volcano. Which the locals often poetically call “the daughter of Etna”. The history of the city has almost 4 millennia, but not every traveler will be able to feel its charm.

The city of Syracuse, the birthplace of the famous Archimedes, has an impressive Archaeological Park. A walk through the authentic quarters on the island of Ortigia, connected to Sicily by a bridge, also guarantees a lot of impressions.

We recommend visiting Taormina. The most famous of the resorts of Sicily, he also claims to be the most beautiful!