Mont Blanc Mountain: how to get and climb, best routes. Where is Mont Blanc located, what is the best time for climbing, the history of ascents.

Mont Blanc, which literally means “White Mountain”, is the highest peak in Western Europe. It is located in the Alps, on the border of France and Italy. The maximum height of Mont Blanc is 4 810 meters. Most of the ascents start from the town of Chamonix.

The ascent along the relatively simple route of The Gouter route can be undertaken even by non-professional climbers. People with good physical fitness and without serious chronic diseases.

They must have solid equipment and an impressive amount of money. Be also confident in the ability of their body to be at a high altitude around 5 km without consequences.

Before starting the ascent to Mont Blanc, it is mandatory to undergo acclimatization and remember some skills. Actually climbing and descending the mountain usually takes 3-4 days.

How to Get to Chamonix

The easiest way is from Geneva Airport (about 80 km). Flixbus buses run from the airport of the Swiss city to Chamonix.

You can get acquainted with the schedule and buy tickets here – global.flixbus.com/bus/chamonix. The travel time is from 1 hour 10 minutes, the ticket price in 2023 is 19 €.

Chamonix can also be reached from some French megapolis. For example, right after you see the sights of Lyon, take the train and go St. Gervais – Le Fayet station. There, make a transfer to Mont Blanc Express and soon you will be at place. The duration of such a trip, howevere, can be up to 5 hours. 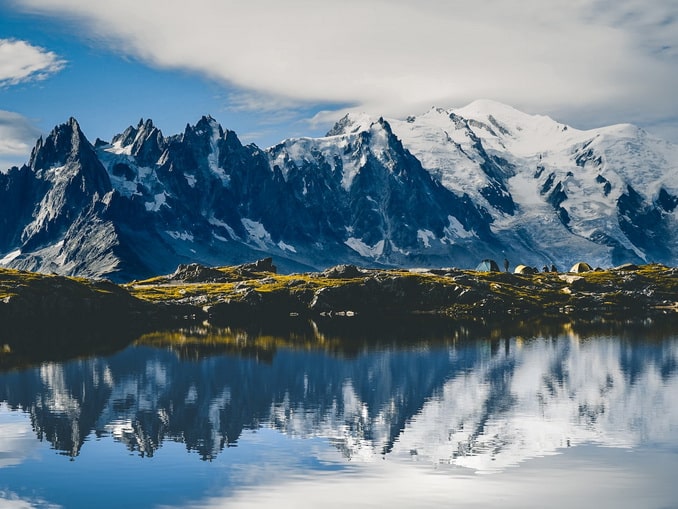 Climbing to this mountain is usually practiced in the warm season. July and August are considered the best time for. A bit less popular is the beginning of September. When weather conditions are suitable not only to wander around Paris, but also very favorable for climbing to the top of Mont Blanc.

In late spring and in June, ascent to mountain may be associated with an increased risk due to possible avalanches. Which in recent years have been considered the main danger lurking here for climbers. And they have already claimed many lives even among professionals.

In winter, the air temperature on Mont Blanc regularly drops below -20 degrees Celsius. Yes, even in summer it can sometimes drop to -15 °C.

There are two popular routes leading to Mont Blanc from France. The first, classic one, goes through the shelters Tête Rousse (3,165 m) and Le Gouter (3,815 m). The second, “Traverse of the three peaks” – through Chamonix, the Aiguille de Midi cable car station (3,842 m) and the Cosmiques shelter (3,613 m).

Climbing Mont Blanc from Italy is a more interesting experience, but also more dangerous. There are much fewer people and more diverse landscapes. Recommended only for well-trained participants. 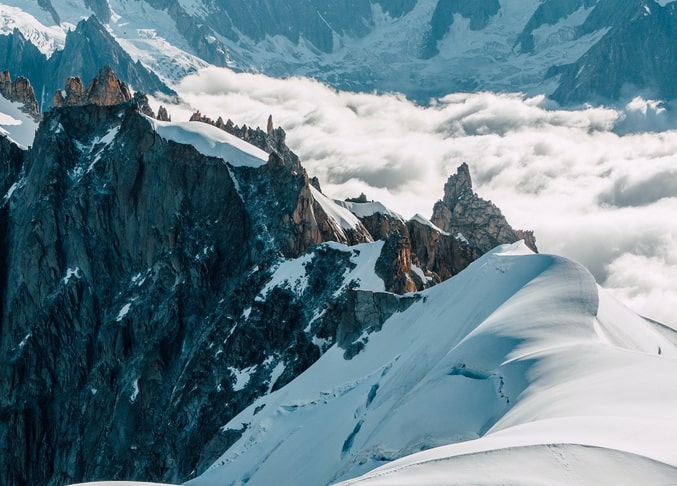 The first known ascent of Mont Blanc took place in 1786. Michel Gabriel Paccard, in conjunction with the Savoy guide Jacques Balma, conquered the mountain on August 8. However, not immediately, but after several unsuccessful attempts. It is said that this ascent marked the beginning of sports mountaineering.

The first woman to climb the peak was Marie Paradis, a resident of Chamonix. She conquered the top in the company of the same Balme on July 14, 1808.

The latter became a participant in several successful conquests at once. For which he was awarded the title of Le Mont Blanc by King Victor-Amedee III, ruler of the Kingdom of Savoy, which then included the mountain range. Subsequently, a monument to Balma was erected in Chamonix.

It’s quite natural that most of the expeditions to the top start today from Chamonix. There are plenty of hotels in the town. And in the summer you can find not too expensive ones.

Despite its relatively modest height, Mont Blanc is considered the deadliest mountain on Earth. According to various sources, several thousand people died on its slopes.

In just one year, dozens of climbers die in the assaults! No other world peak, including Everest, Anapurna and the extremely capricious Pakistani K-2 (Chogori), which has not been given to anyone yet in winter, has recorded such a number of victims.

For example, the insidious Maunt Maudit, the “Cursed Mountain” (4,465 m) in July 2012 killed an entire group of climbers. With the help of an avalanche, of course: 9 people died on the spot, 4 – missing, 8 – injured. The ascent went along the popular route “Three peaks”.